Doc D, What will 5G mean to me as a user – should I start getting excited, or is it just more hype? 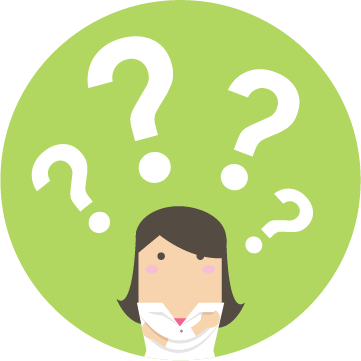 To the uninitiated, 5G represents the next big thing in mobile connectivity, with promised speeds for users approaching 1 Gbit/s and a latency of 1ms. What's not to like about zippy mobile without beastly buffering?

As with any new technology, there's truth amongst a fair few teaspoons of hype. While smartphone manufacturers and network providers create ads and campaigns around ‘the next big thing’, the biggest wins from 5G will come in industries using massive sensor deployments, such as farming, and those controlling machinery and vehicles at scale. 5G tech could even help self-driving cars get closer to the mainstream.

Which is good news for a quite a few emerging companies in that space, but for small to medium B2B and B2C consumers, it may be more fizz than bang in 2019 as it slowly rolls out. There will be wins for sure if you are adopting AR/VR marketing for your customers, think tourism and 360 room tours or if you do a lot of video conferencing and have a dispersed team, so great for teleworkers connecting to their motherships.

Recent trials on the Gold Coast of the 5G network network speeds of around 3Gbps using mmWave bands. That's roughly 3,000Mbps, or 30 times as a fast as the maximum speed of an NBN 100 connection. In terms of a real world example of what this speed means, 5G could provide a massive improvement in mobile video streaming, this kind of quality could make immersive virtual reality 360-degree video streaming a reality.

When compared to 4G LTE, the consumer 5G spectrum (aka mmWave) runs at a much higher frequency, as well as requiring a lot of hardware and network infrastructure upgrades. This means, once the infrastructure is in place, the signal itself has more trouble finding its way to your phone. So much so, that it's been suggested mmWave signals can be blocked by trees, buildings, your own hand, and can even be absorbed by oxygen, which could prove tricky here on Earth. Great news for our alien pals and their Instagram feeds.

Despite these hurdles, expect to see most major smartphone manufacturers attempt to introduce a 5G smartphone in 2019. Already in the pipeline are the Samsung Galaxy S10, Huawei P30 and OnePlus 7. The spoilers and internet rumors are working overtime, so expect a steady drip feed of announcements in 2019, but hold on to your hardware for now with a watching brief.

Your existing 4G and 3G networks won’t magically disappear overnight they will keep chugging along. And the fifty billion dollar question – is 5G set to be a viable alternative to the National Broadband Network? The answer like much 5G related is it might be for some - Telstra and Optus both intend to sell 5G-powered home wireless solutions next year - but it won't replace the need for the NBN, and data costs will be higher on mobile networks for some time.

Livestreaming – all you need to know!